back find out more
new work

"If we look closely, our current corporate structures are largely based on control. The new organizational models but based on trust - on intelligent trust. "

"When you catch a cold, you can find comfort in the fact that it is over in a few days, in the working week at the latest on Wednesday usually."
Frithjof Bergmann manages to pour difficult questions into striking comparisons. Does the working person suffer? "Yes, we suffer," said the Austro-US social philosopher, "Above all, it is the poverty of desire that is spreading. The inability to express wishes and realize own projects. Not least for that reason, we cling to jobs that not only secure our livelihood, but also our place in society - even if they are unsatisfactory. And we despair excessively if we lose them. "
Bergmann preaches "to remember what we really, really want," and has already developed a much-noticed concept in the 1980s, including governments: new work. It is based on three pillars. The self-sufficiency, the classical gainful employment and the work that is especially fun is a vocation. In the best case, humans spend one third of their time each.

New Work: From Flint to Einhorn

Bergmann 1984 launched the first attempt at implementation in the monoconstructed US city of Flint. At least one member of each family worked at General Motors' factories, with a jobless rate of thirty percent, and more layoffs ahead. Instead of dismissing half of the workforce, Bergman suggested that if the workers work in the factory for half a year, use the other part to build new employment opportunities. - keyword self-development. The halving of working hours remained without pay. 1986 was discontinued, however, by the project involving up to 5.000 people. Although there were achievable results - one worker opened a yoga studio, another wrote a book, but for most of them the fear outweighed, not the loss of earnings by their own work, ie to compensate for their own commitment can.

Although Bergmann's concept did not work out at the time, it has been and still is a source of inspiration for entrepreneurs worldwide: "In many jobs and industries, my appeal to do what we really, really want, has already become a reality. It is part of the corporate culture. I am so happy that this has changed, "summed up the 87 year-old 2018 this spring. In fact, the number of companies that implement New Work in their own way is increasing. Here are just two mentioned, the Xing contact network Xing 2018 distinguished in March: The management consultancy Intraprenor defines success on maximum flexibility of all employees, so that the staff can bring their creativity in the best possible way. Contributing to this include a four-day week and an eight-week summer sabbatical. Einhorn, a young company that sells sustainably produced vegan condoms in designer packaging, made a convincing case with a holistic approach, where employees choose their own tasks, the salaries in the group are determined and there is no limit to the days off.

New Work: Into the holocracy

One company that also lives New Work in a special way is i + m natural cosmetics. There you are on the way to the Holokratie - a term composed of the ancient Greek hólos for "all" and "kratie" for "domination". This is associated above all with freedom of choice, and that of all employees. "Chief" Jörg von Kruse explains: "It is important to understand that this model does not come from theory, but develops organically in many places or in many companies that experiment with very different designs." Similarities in connection with holocracy or even evolutionary organization, there is, after all, self-leadership, wholeness, and evolutionary meaning. "A company is no longer thought of as a machine, but understood as a living organism whose cells cooperate with each other and which as a whole is in an exchange or adaptation process with its environment and whose survival depends on it."

His role as boss? The change is huge. "Until the introduction of self-leadership, it consisted of about 50 percent of making decisions. This has now been significantly reduced, as our employees now rather make decisions themselves. "From his leading had become a more serving and supportive role, from his controlling attitude a trusting. "My job is to create good conditions, that is, to establish structures and decision-making that foster self-leadership and enhance opportunities for employees to engage with their entire personality."

Incidentally, Jörg von Kruse was inspired by ex-McKinsey partner Frédéric Laloux, among others. He is today one of the pioneers of new forms of organization with high employee motivation and author of the basic work "Reinventing Organizations". On self-governance as an organizing principle, he says, "Today there are organizations with thousands of employees who work completely without a hierarchical commitment to a supervisor or CEO. That may sound crazy, but it's just the way complex systems - think of our brain or natural ecosystems - work. "The human brain, he says, is about 85 billion cells. None of them is a CEO, the other cells that believe they are a board member say, 'Hey guys, if you have a good idea, send them to me first'. "If you tried to train the brain in this way, it would not work anymore. So you can not handle complexity. That's why all complex systems are based on self-management, think of forests, the human body or any organ. "

But does not self-management need a specific type of employee? This question is often asked by Mark Poppenberg, founder of intrinsifyme - a think tank for the new world of work. It does not want to take any responsibility, they say. Poppenberg has a clear opinion on this: "Anyone who has seen a traditional large-scale company from the inside, knows: There is a second game. The real game, so to speak. Where the real work happens. But you can not ignore the illusory world with impunity, because it has its origin in the formal structure, where the power sits. Hiding them out might have big consequences. "And so employees in traditionally run companies operating in a dynamic market would find themselves forced to become double agents. So nothing new work. "They show an expectation-compliant behavior on the formal front stage, while at the same time providing deviant problem-solving behavior on the informal backstage." Unleash a double agent, if he no longer needs to live in constant turmoil, then his true potential can be seen. "Having an employee in a post-Taylorist business is a lot easier. He works in normal human condition. We do not need to learn natural hierarchy formation, flexible task distribution, problem-based learning and a 'normal' uncoded language. People have been able to do this for tens of thousands of years. That is how we come into the world. You just have to let us go. " 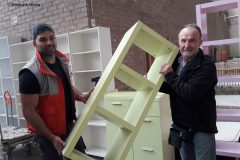 RepaNet - Re-Use and Repair Network Austria is a network of 35 member organizations ... 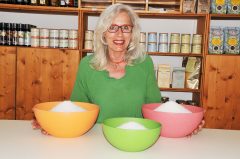 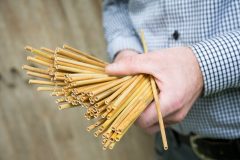